In the goodness of God, Myra’s Wells has 15 new wells drilled since drilling restarted in October. This is a summary diary of how they happened.

It seems the rainy season in Burkina Faso lasted a bit longer than usual. In a country that badly needs water, this is good news. But it meant a delay in when we could start drilling again. However, the clouds did go and the sunshine returned.

We waited and prayed that the drilling would be successful. There are still around 7000 wells needed, according to the government’s own estimations about 3 years ago. Then we received good news. 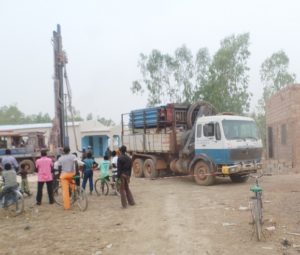 We heard about the first 3 new wells. One is in the north of the country in a new part of a large town. Then there were two wells in the south, near to the town of Gaoua. This is an area where we had not been to before. A new contact had put us in touch with some places here. We were glad to help. The people here often have to get their water from the marshes. Myra’s Wells has 3 new wells!

Just 1 well this week. Another one in the south amongst the marshes. Can you imagine having to dig a hole in the marshes, watching it fill up with water, then drinking it? At least there is another one less village where this is the procedure. Myra’s Wells has 4 new wells!

Another 3 wells this week. One was up in the north again. This is a very needy area and we always praise God when we have a well in that area. The other two were in the very far west – about as far west as you can go without straying into Mali. Myra’s Wells has 7 new wells! 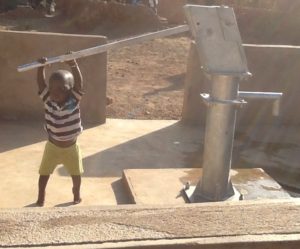 This was also a week with 3 wells. One was towards the west. This was an incredibly good well with a flow rate of 16000 litres per hour. All our wells are sustainable. But this one is 20 times the minimum requirements for sustainability. The other two were towards the south, on the way towards Ghana in the Boussouma area. Myra’s Wells has 10 new wells!

Just 1 well this week. But we were really pleased to hear about it. It is near to Fada which has seen some terrorist activity recently. It will not be safe for us to visit it ourselves, but our wonderful helpers in Burkina Faso should be able to go there. Myra’s Wells has 11 new wells!

Once again, there were 3 more wells. One was a little way south of Ouagadougou. This well might help two or three villages. Another one was further south, again, towards Ghana. The third one was towards the north east. This, again, is in an area where we shall not be able to visit it ourselves. Myra’s Wells has 14 new wells! 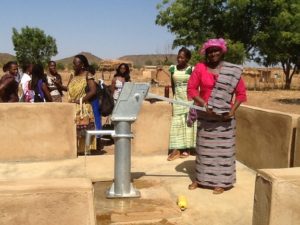 There was plenty of prayer during this week. Christine had told us that there were plans to try in Sigr Bila where we had had three dry boreholes 18 months before. The day was set for Wednesday in the week. Wednesday came and went but we had no news. Then, late on Thursday afternoon, we heard that water had been found. You can read the full story of this village using this link. Myra’s Wells has 15 new wells!

These 15 new wells have been added to the full wells list which you can see using this link.

We acknowledge God’s grace in this. In His goodness, we have been able to ask for another 10 wells to be planned after Christmas. We love to be able to help such needy people in this way. If you would like to help us, please see our “How to donate” page.