Another good week has resulted in three more wells in Burkina Faso. Myra’s Wells started the week with 120 wells on the list and finished with 123 – the full list can be seen using this link.

First, there were two in the far west 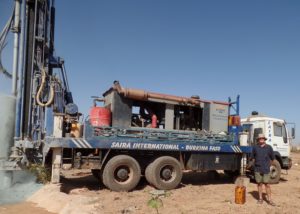 It is a long way from Ouagadougou to the west end of the country. This is the south end of the border with Mali. Image taking a drilling rig like this over 500 kilometres. The route will be the N1 to Bobo-Dioulasso, Burkina Faso’s second city, then the N8 further west. But at some point, the team left the main roads and needed to use the usual dirt tracks to reach the villages.

The first port of call was in the Niankorodougou department of Lébara. The village of Nadjengoala is here – about 2500 people and not enough water. But, in the goodness of God, the team set up the drill and found water at a depth of 55 metres. At 2500 litres/hour flow rate, this is a highly sustainable source of water. 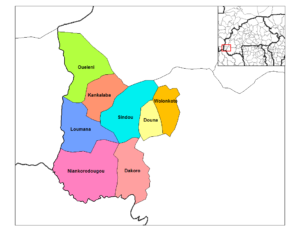 After capping the borehole at Niankorodougou, the team set off for a village near Banfora. This is about 80 kilometres away. It gives a good idea about the “roads” that they had to use when you find out that the journey took six hours. 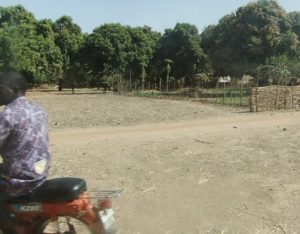 It would be a road like this one – and maybe with potholes after the rainy season.

But the journey was worth the wait. Once again, the team found water – this time at 60 metres. The flow rate was a little higher at 3000 litres/hour.

These two wells in the west will be completed after the water is tested in Ouagadougou.

We also sent a team north east from Ouagadougou into Boussouma department. This is known to be a hard place to find water. Image our delight, then, when this team reported they had found water at 70 metres deep. Any water here is good. But this was an incredible source that they found. 16,000 litres/hour. That is over 20 times the minimum flow rate that we can accept. 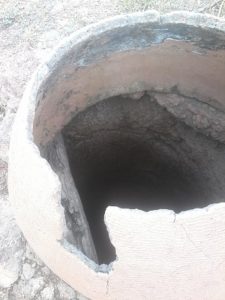 We feel very blessed by God to have found such an abundant well in a difficult place. This is one of the open wells that they had to use before!

But it is not all success!

There are two other places where the drilling was unsuccessful. In one place, water was found, but the flow rate was only 600 litres/hour. Christine, the drillers and the surveyor spent a lot of time discussing what they should do. But, in the end, they decided that they would have to declare it “negative”. It is no good fitting a pump and building the surrounding wall if there is not enough water to be sure that it is sustainable. We will try again here again and ask for prayer for a positive result next time. The village is called Boaga.

We also tried at a village called Yambega. This time, the drilling just found mud. There was no hard rock. Unless the drilling goes through hard rock, it is highly unlikely that clean water will be found. So, again, we will be trying another borehole in this village and look to God for blessing.

But, despite the disappointments, we feel that three more wells represents a good week. We pray for more good news in the coming week.